Click on an image below to view the full size 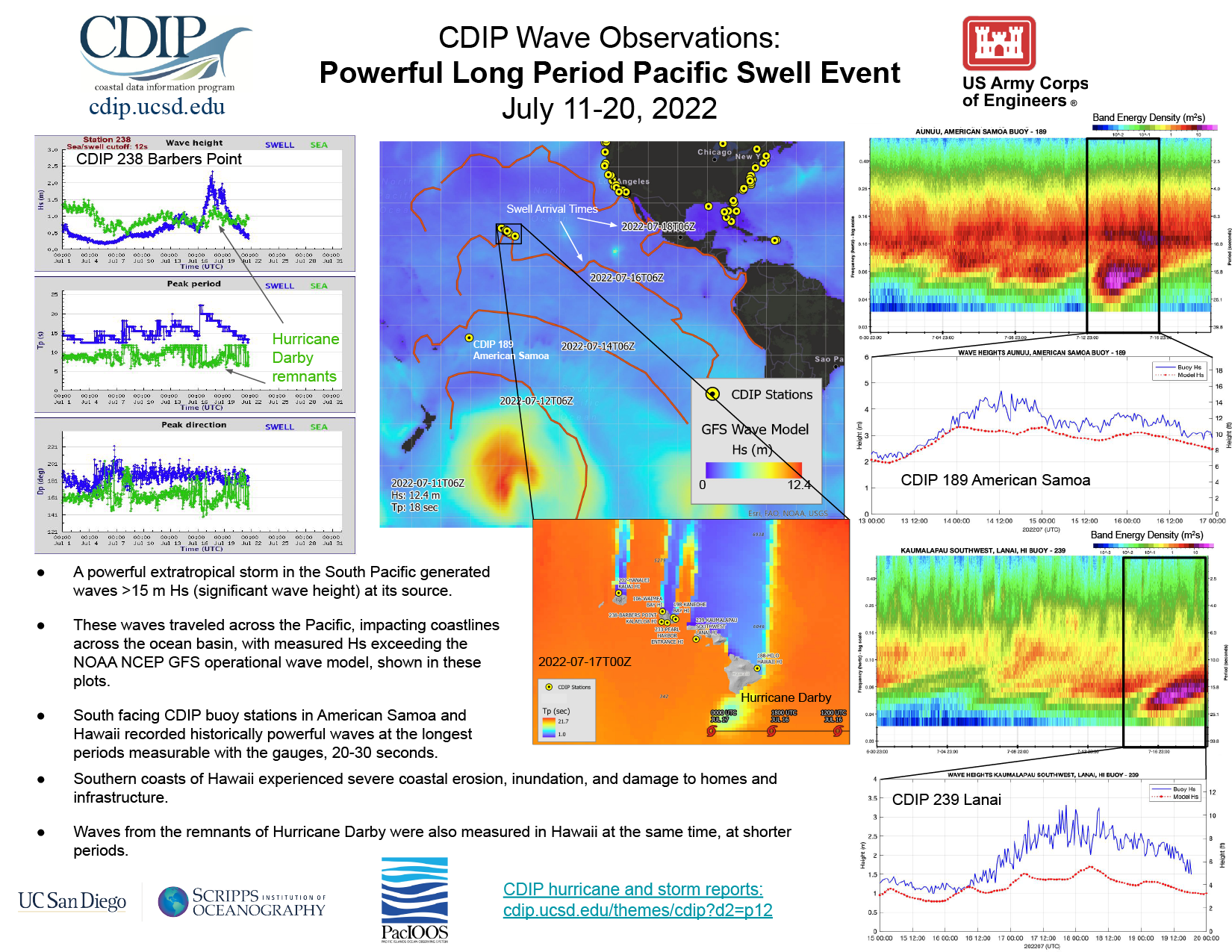 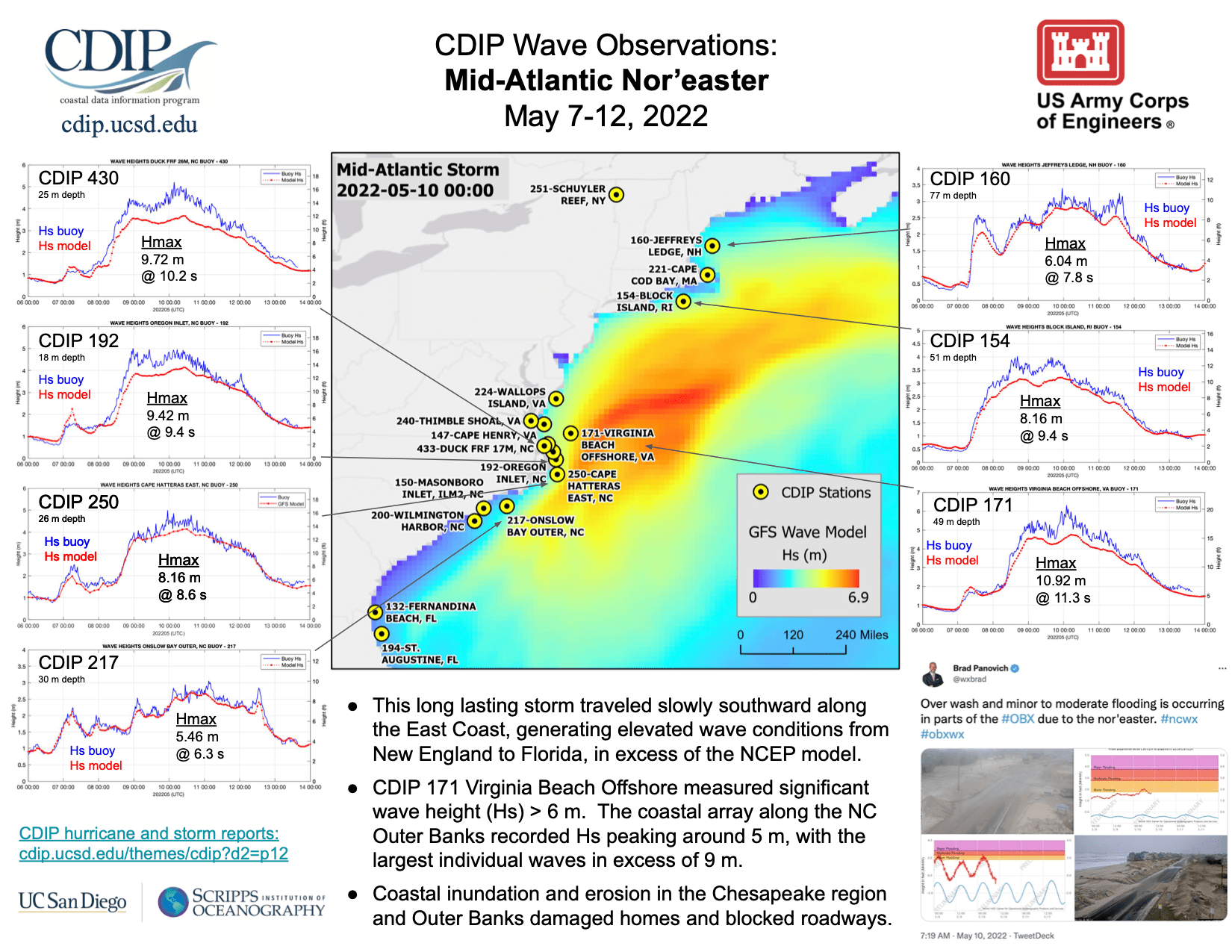 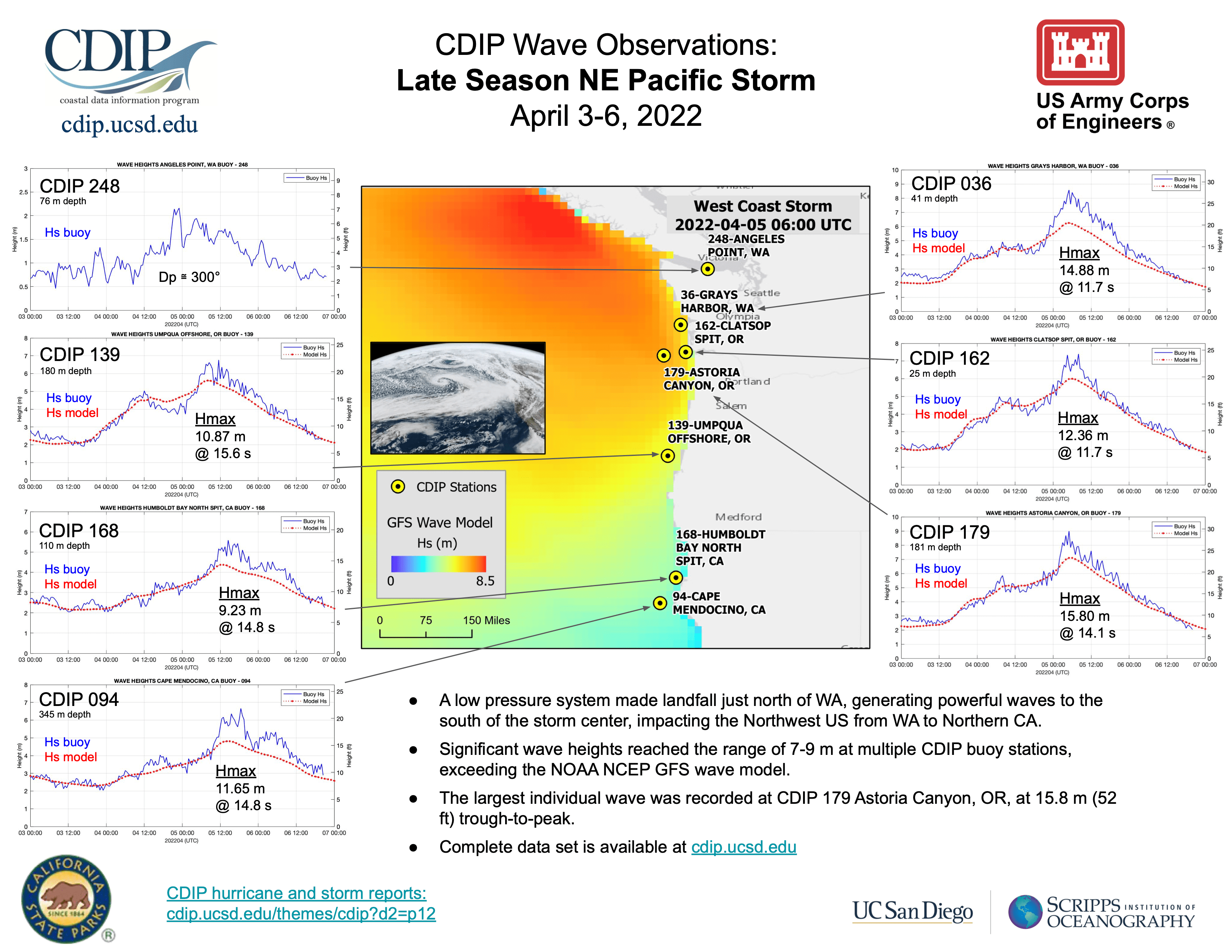 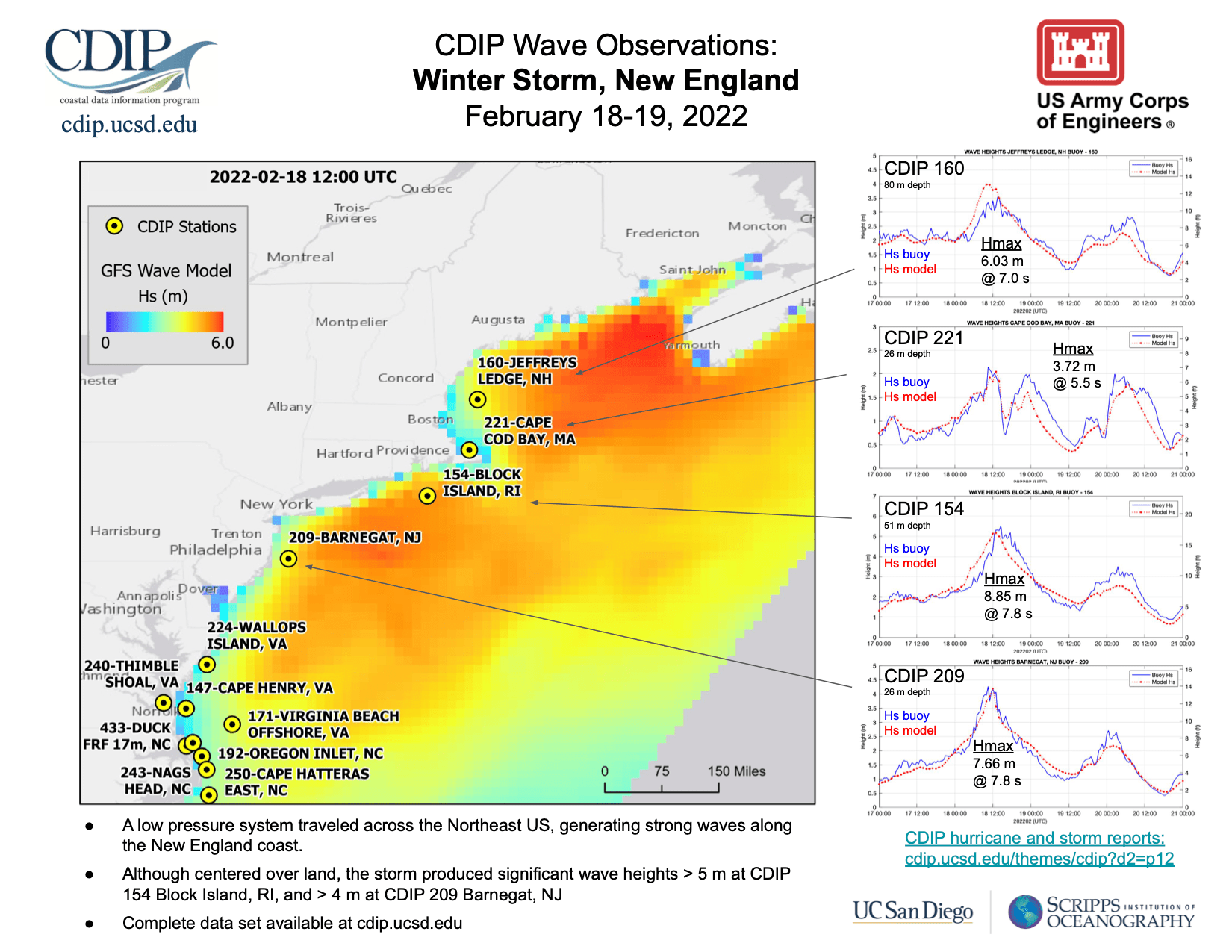 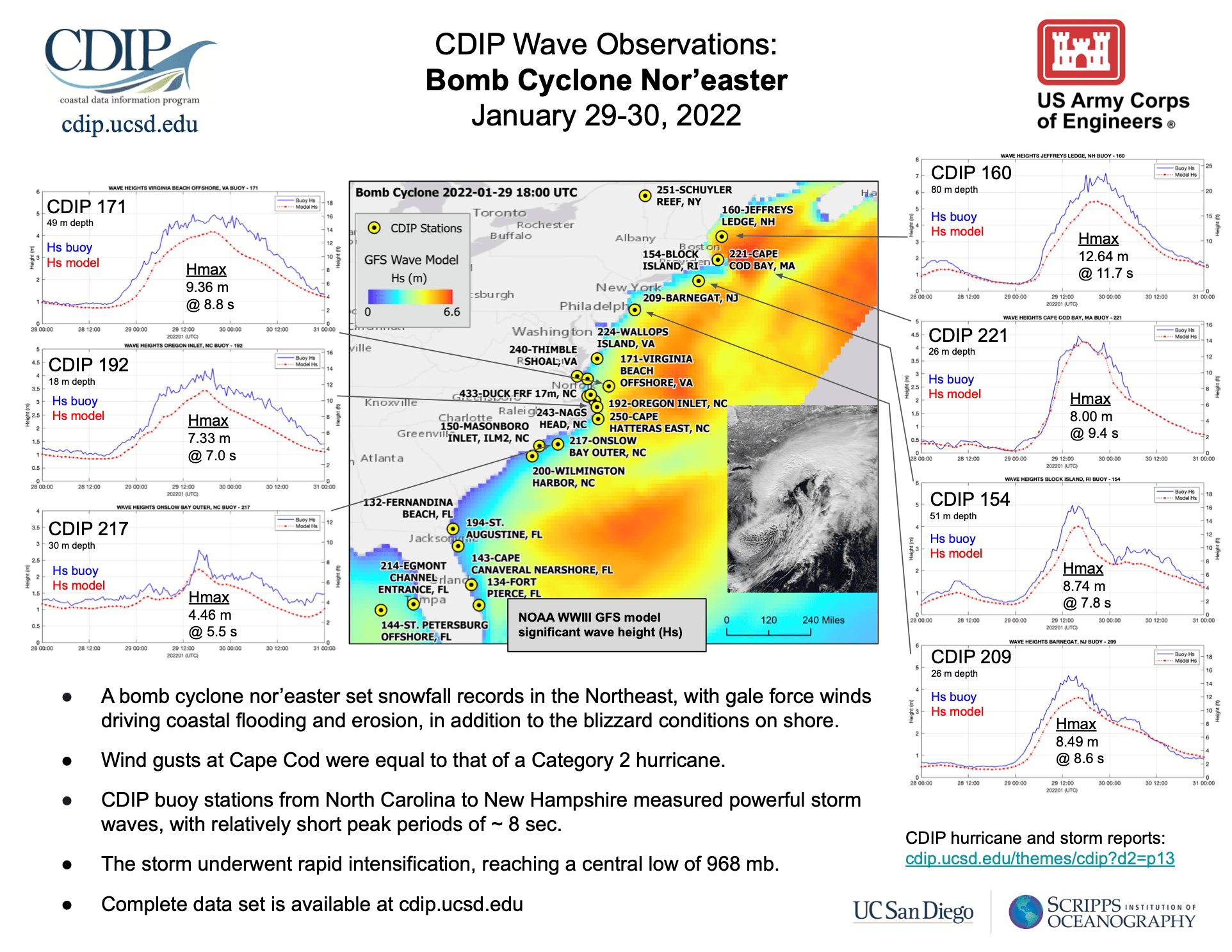 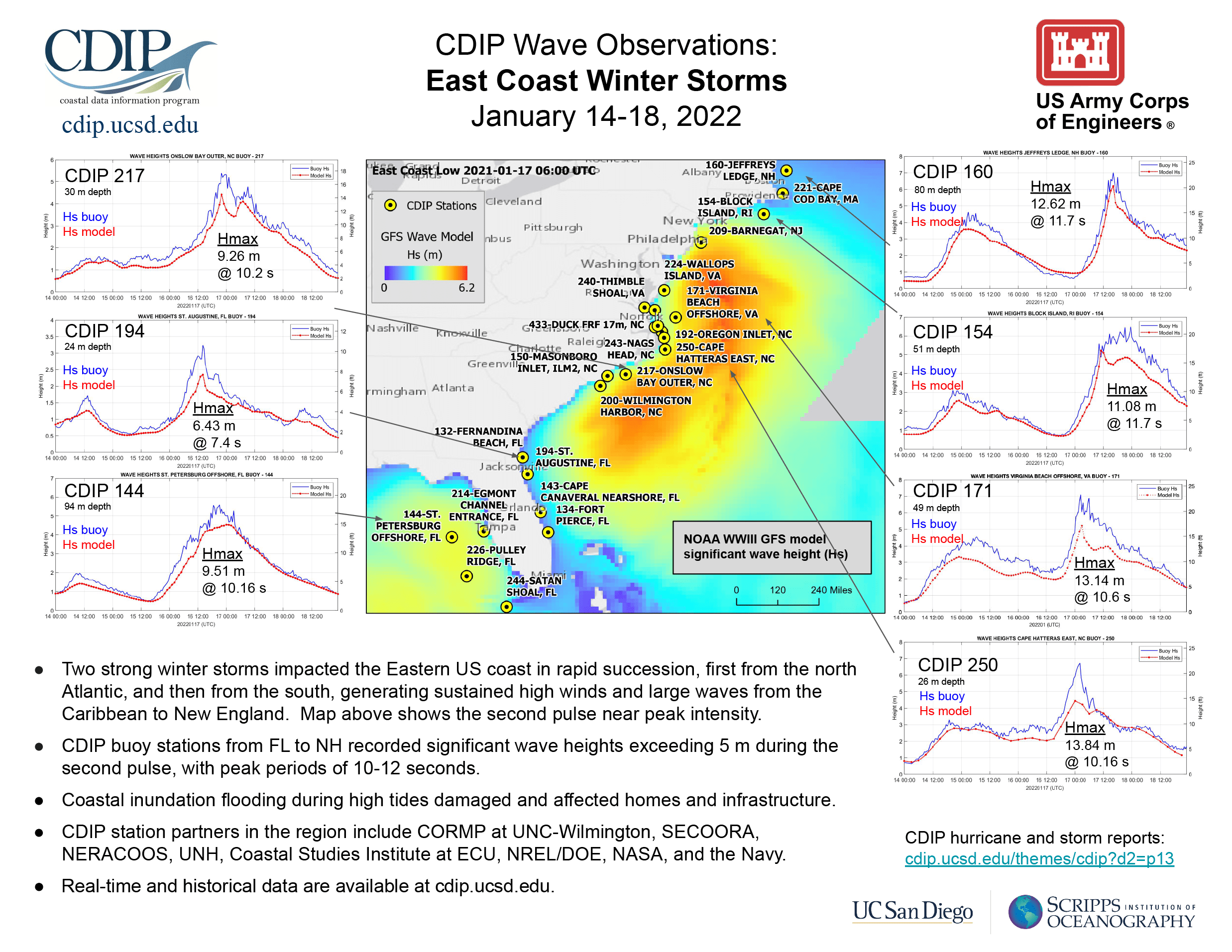 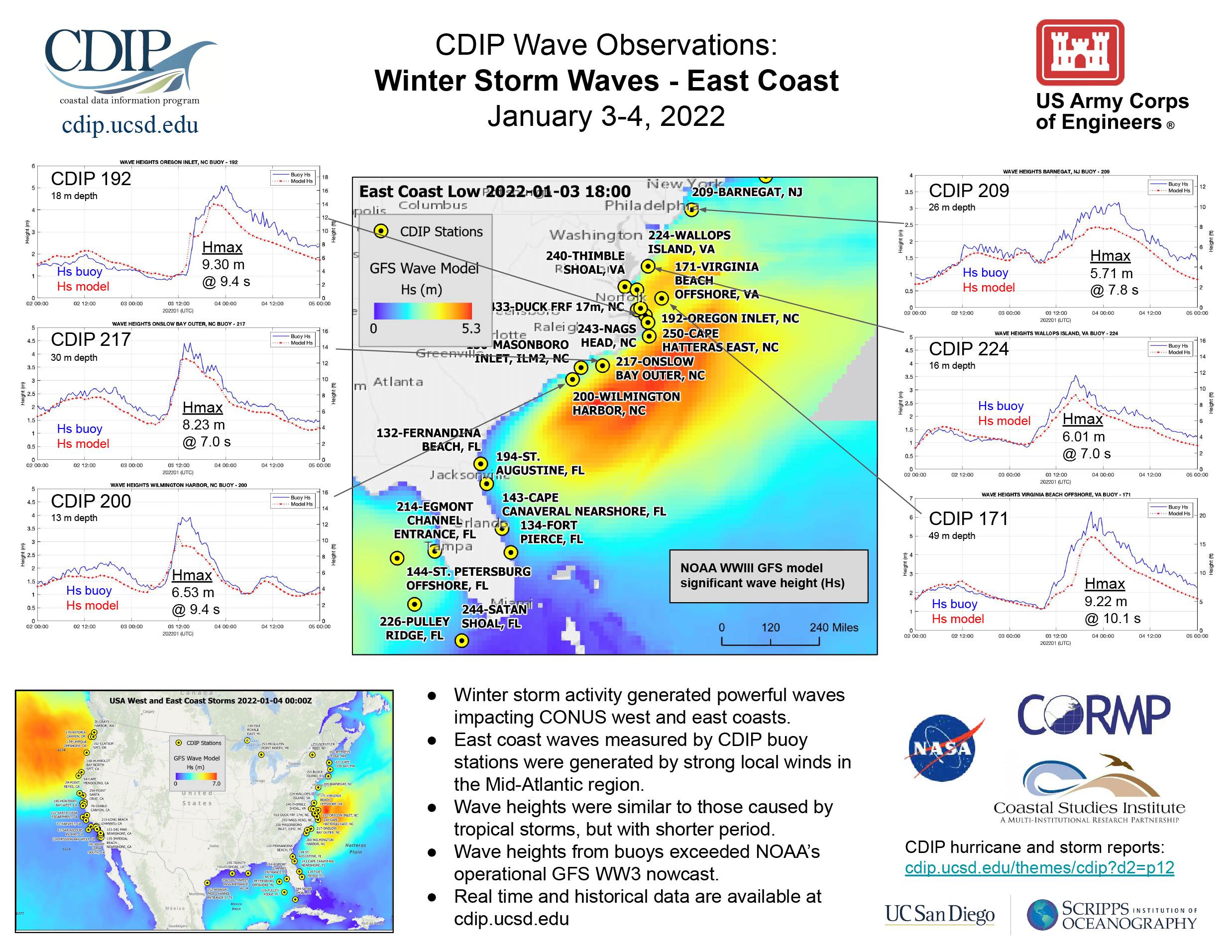 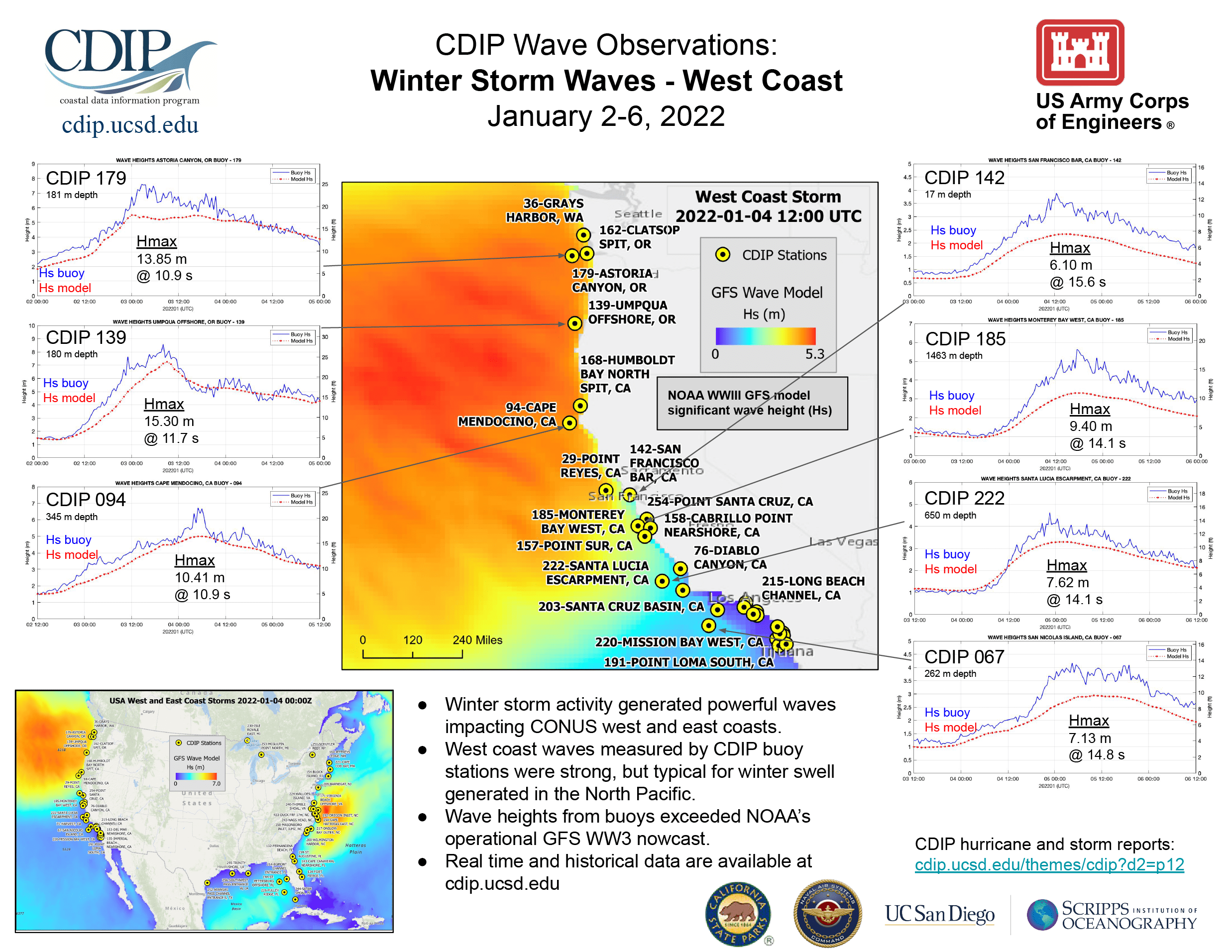 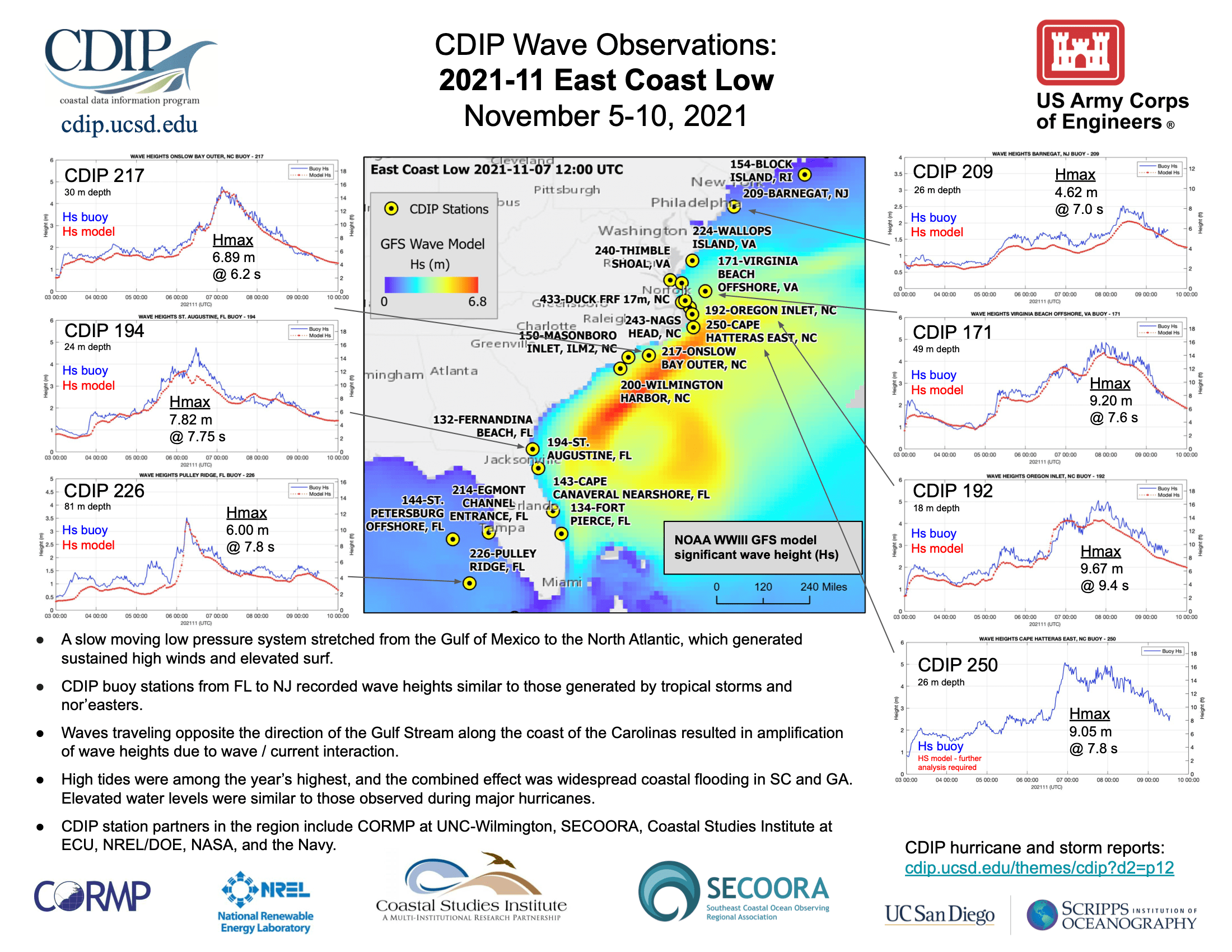 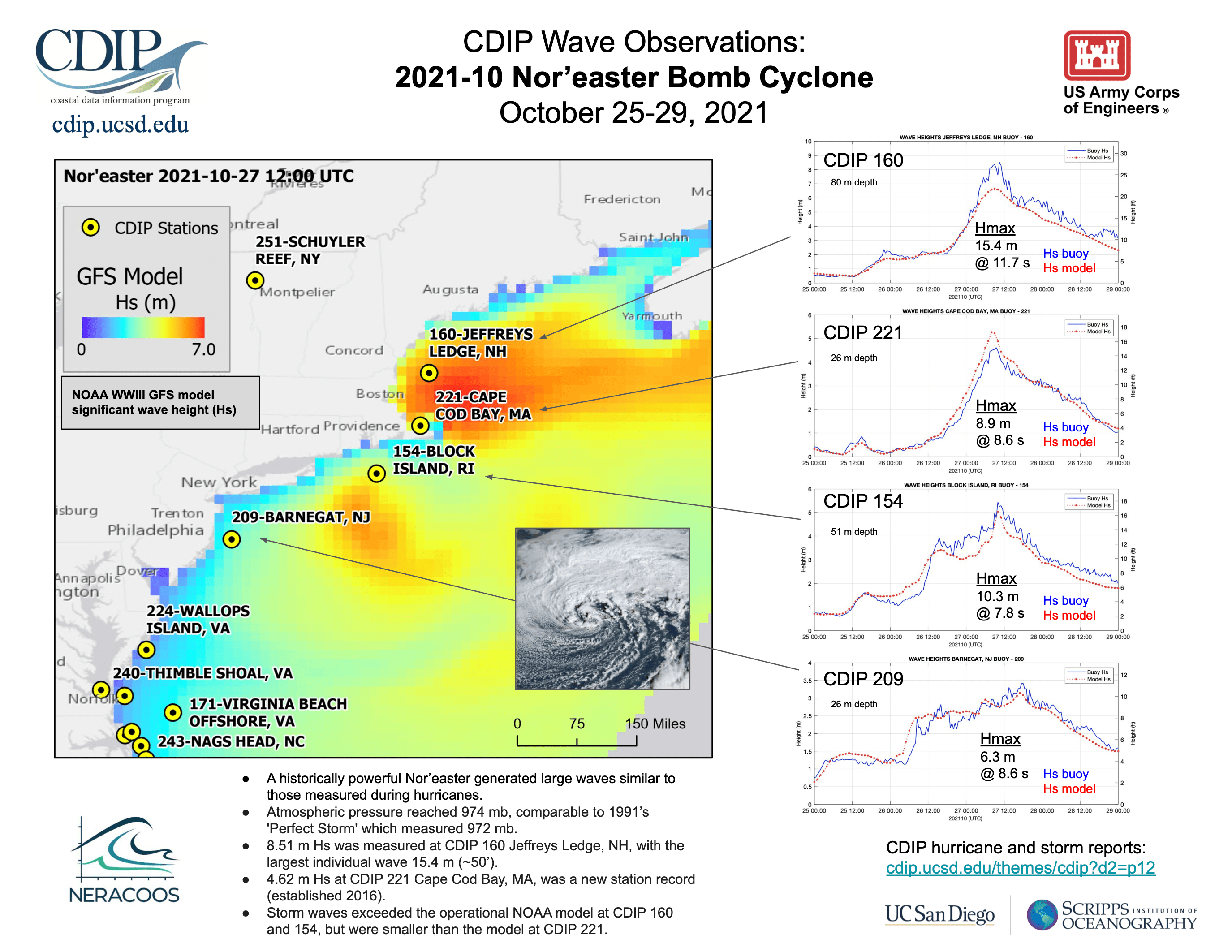 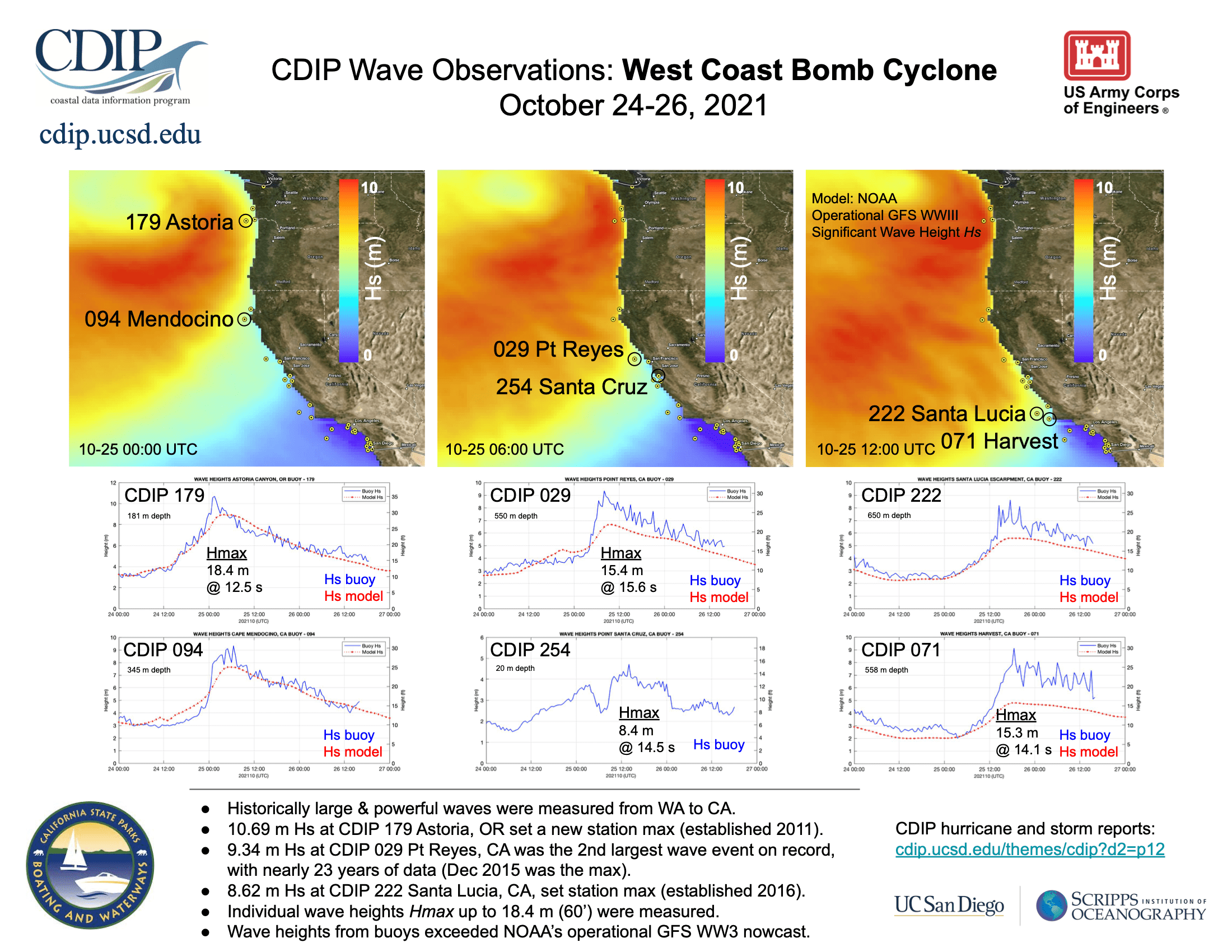 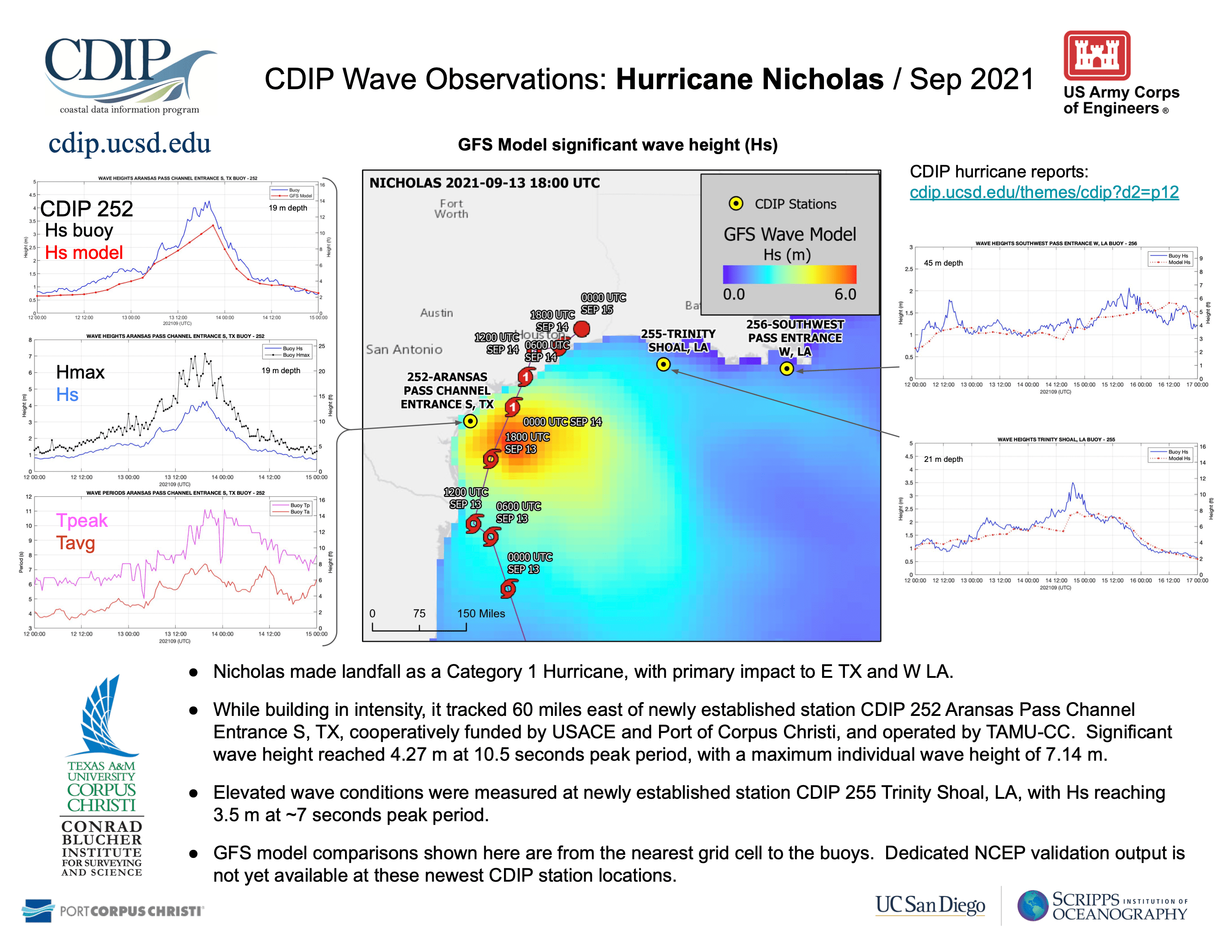 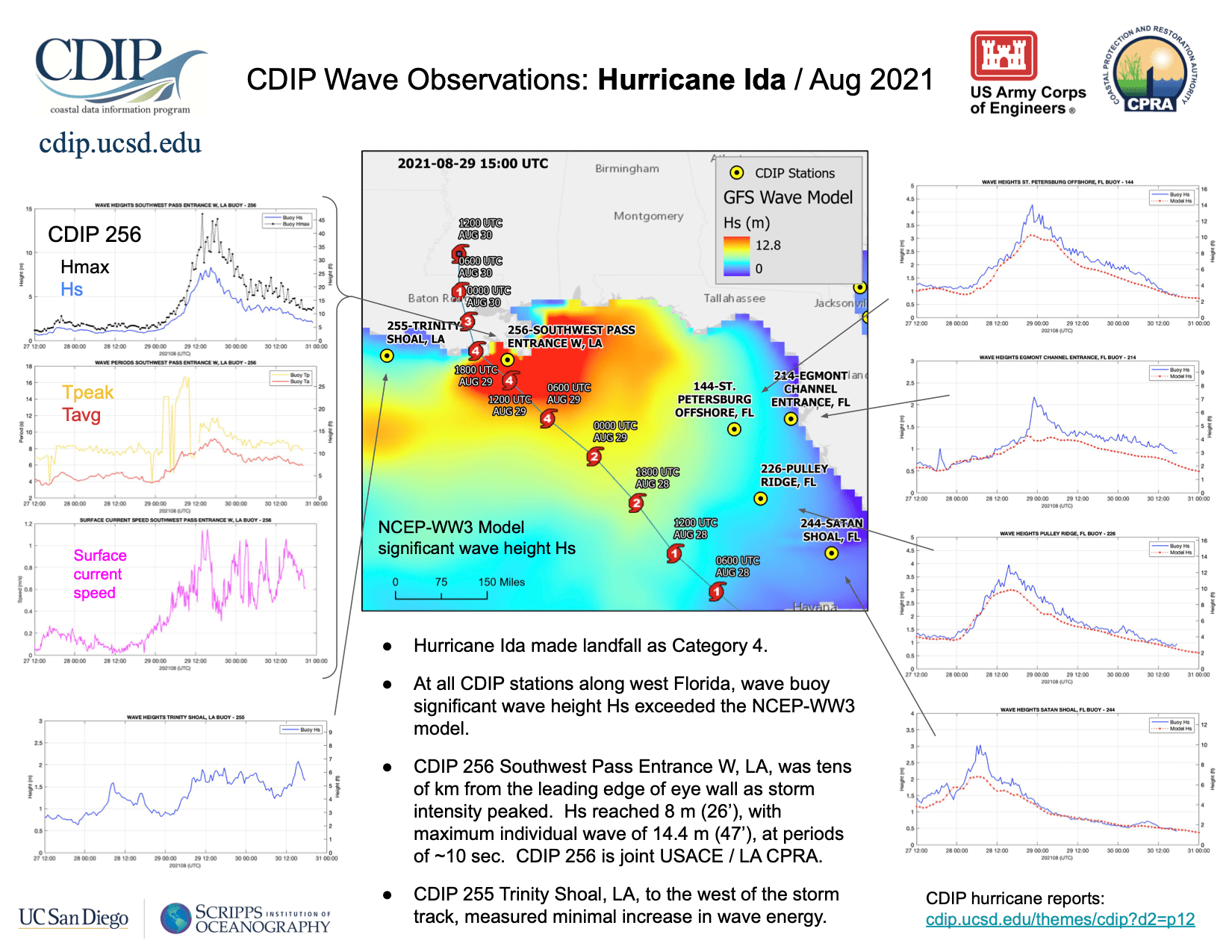 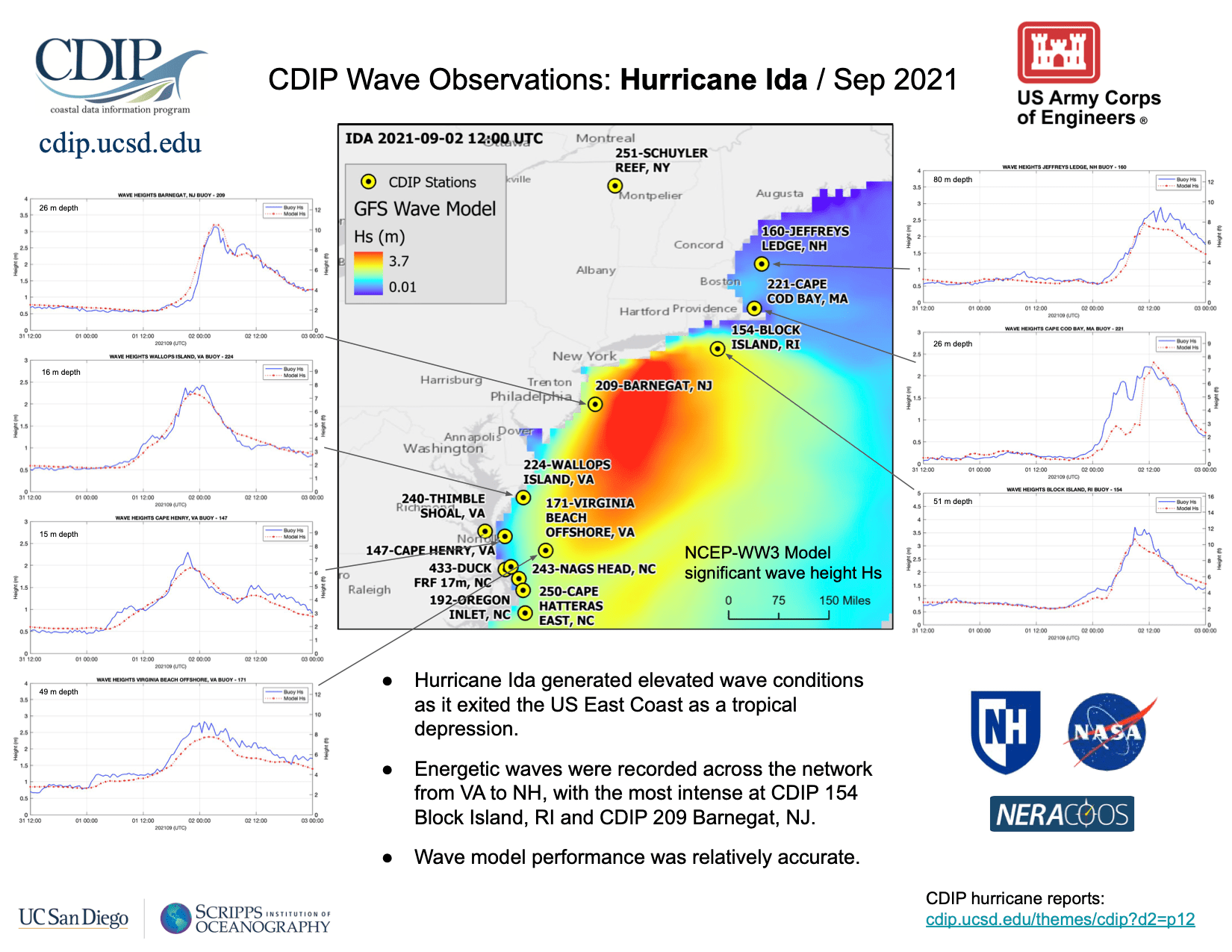 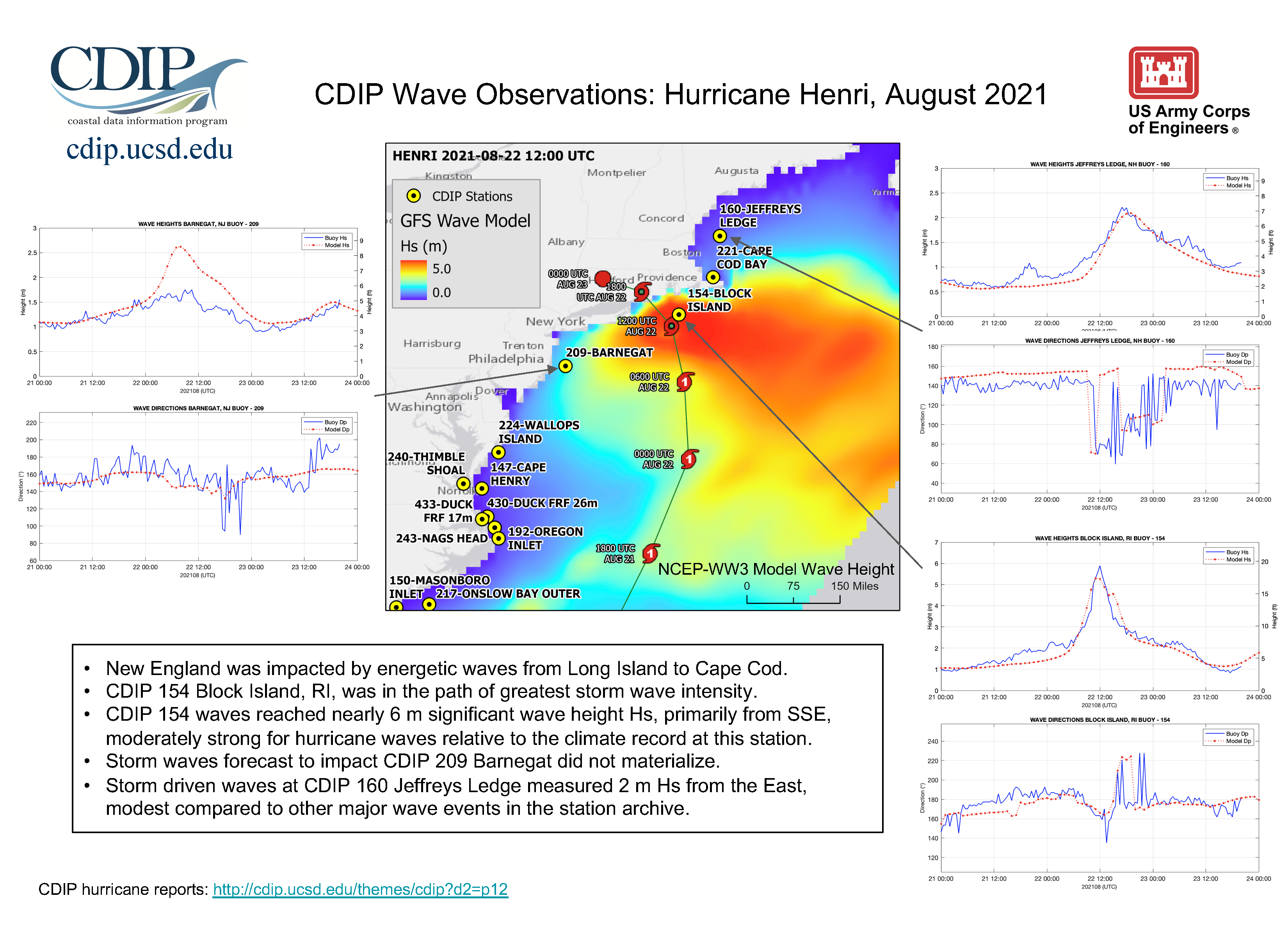 More about Hurricane Elsa from wikipedia ...

Tropical storm Claudette made landfall in LA before moving offshore of NC.

Tropical storm Claudette made landfall in LA before moving offshore of NC. A few CDIP stations observed greater than predicted wave heights. One of CDIP’s newest stations, #256, was installed just a few weeks prior. The 2020 hurricane season was the most active on record, with 30 named storms, 13 of which were hurricanes.

Hurricane Dorian was the most intense tropical cyclone on record to strike the Bahamas, and is regarded as the worst natural disaster in the country's history. It was also one of the most powerful hurricanes recorded in the Atlantic Ocean in terms of 1-minute sustained winds, with these winds peaking at 185 mph (295 km/h). It was the fourth named storm, second hurricane, and the first major hurricane of the 2019 Atlantic hurricane season. More from wikipedia

Wave data were recorded by 19 CDIP stations as the storm moved from south to north along the Atlantic coast from August 24 - September 10.

Hurricane Florence was the first major hurricane of the 2018 Atlantic hurricane season. It made landfall in North Carolina in mid-September.

While not technically a hurricane, the January 2018 North American Blizzard generated winds and waves of comparable magnitudes. Large waves from this event were measured by a dozen CDIP buoys stretching from North Carolina to New Hampshire.

2017 was an extremely active hurricane season in the Atlantic. The most significant impacts came from three major hurricanes in September: Irma, Jose, and Maria. CDIP's buoy network made extensive measurements of these events.

In early October 2016, Hurricane Matthew moved north from the Carribean Sea and traveled up the east coast before dissipating off of Virginia. More than a dozen CDIP buoys recorded waves generated by the storm, measuring significant wave heights of over 20 feet and individual waves of over 30 feet. Shore & Beach article

In late October 2012, Hurricane Sandy moved north from the Carribean Sea and traveled up the east coast. Thirteen CDIP buoys recorded waves generated by the storm, measuring significant wave heights of over 30 feet and individual waves of over 45 feet.

In late August 2007, Hurricane Dean made its way through the Carribean Sea. CDIP buoy 144, approximately 82 nautical miles offshore Tampa Bay, FL in the Gulf of Mexico, recorded swell from Dean as the storm moved west of Cuba's shadow.